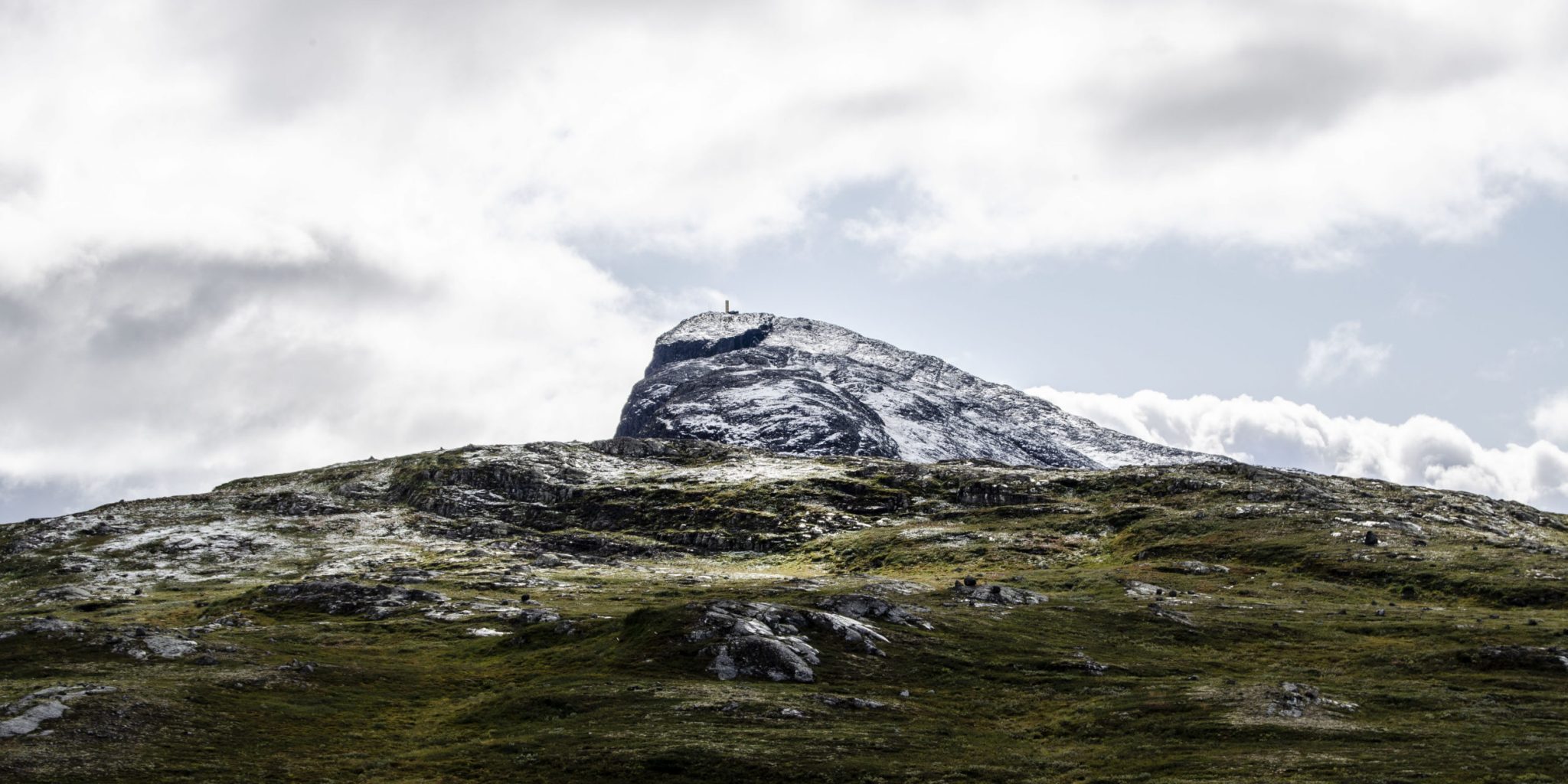 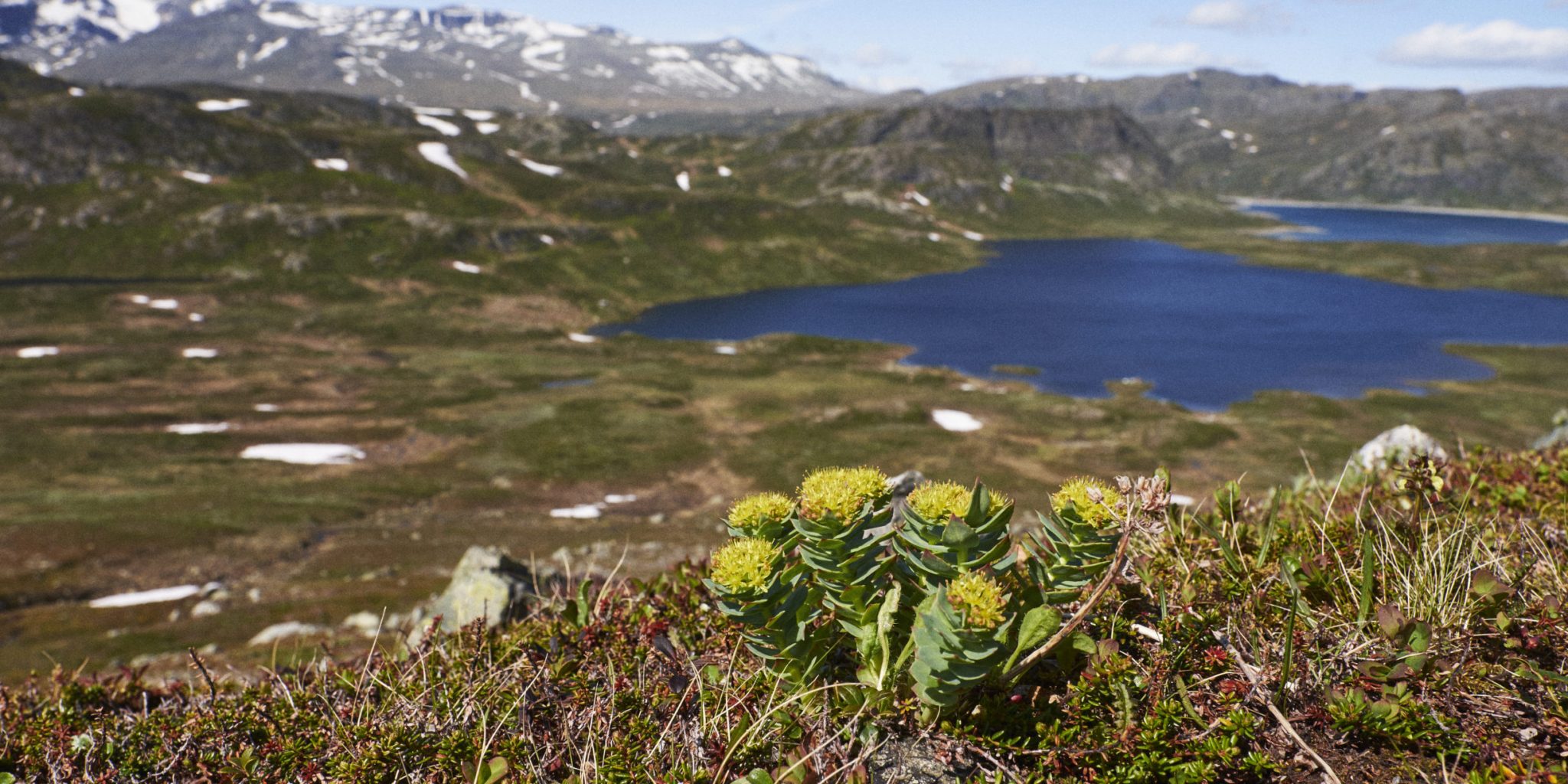 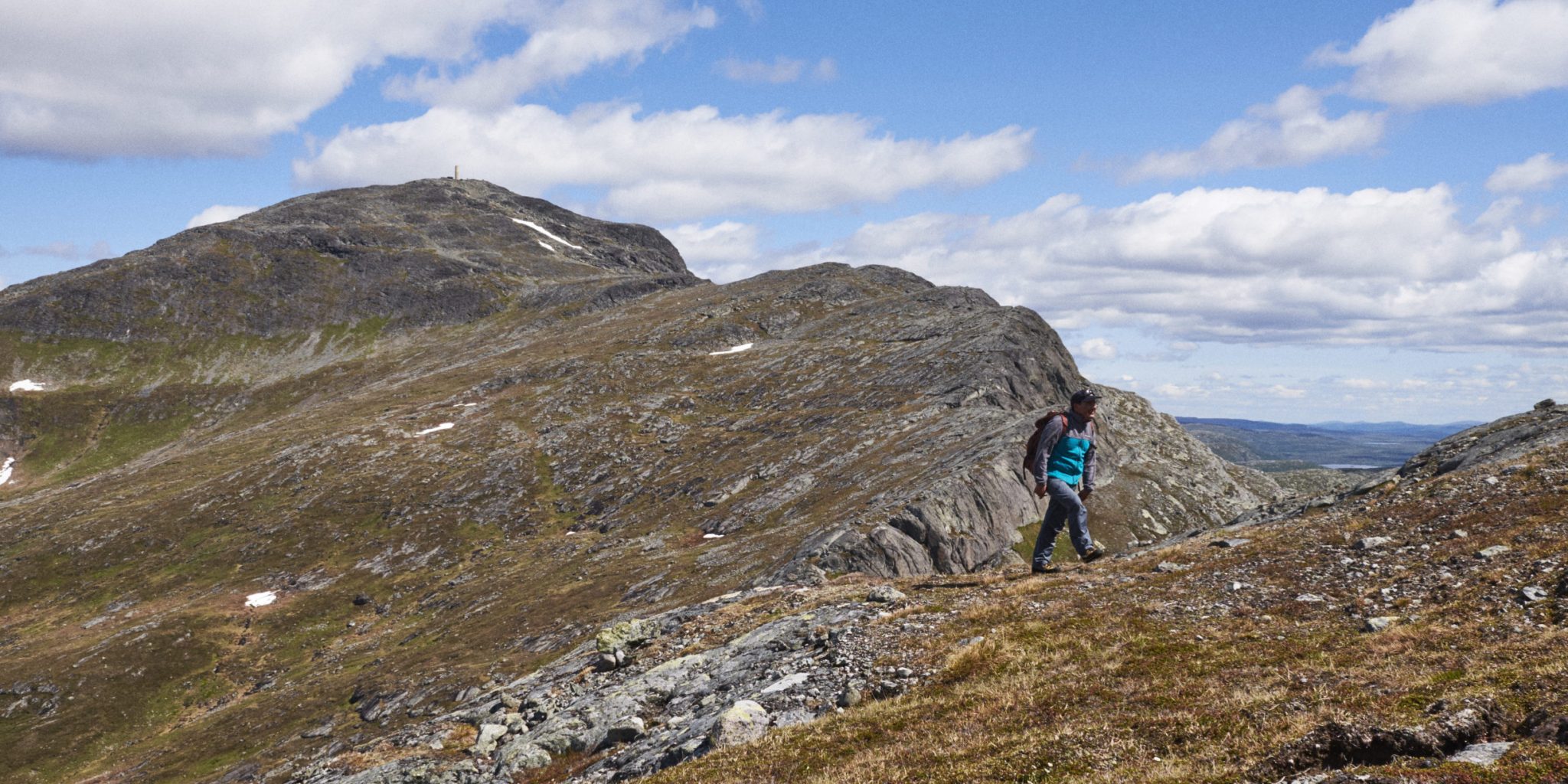 By Petter Olsen MoN
Previous Next

– the horn of Jotunheimen

About the Bitihorn Hike

Driving over the Valdresflye, the eye is immediately drawn to the infamous Bitihorn. The mountain has inspired logos for local companies, and even the name of the boat cruise that runs on Lake Bygdin, M/B Bitihorn. The spectacular views in every direction and its accessibility makes it the most visited peak in Valdres!

The panoramic view of Lake Bygdin and the southern ​Jotunheimen​ Peaks makes Bitihorn (1,607 m.a.s.l.) one of the most popular viewpoints in Valdres. Choose whether to end your hike here, or continue to Svarteknippa (1,548 m.a.s.l.) to discover even more spectacular views. The trail to Bitihorn is well marked and easy to follow to the top. Although the terrain becomes increasingly steep and rocky, it doesn’t require you to scramble. There’s no marked trail from Bitihorn to Svarteknippa. Here you follow the ridge of Skyrifjellet to reach the second peak. Because of the considerable length and elevation gain, the roundtrip trail requires hiking experience and a good level of fitness.

From Bygdin Hotel, take the trail traveling south, over the little hill. The trail isn’t well marked, but the terrain is easy to hike should you stumble off the trail. Once at the top, the path downhill is easy to spot. The path meets the red-marked trail to Bitihorn. If you drive and park your car by Stavtjernet Lake, start your hike from here. Having hiked for about 1 kilometer on the red-marked trail, you’ll pass a reindeer fence. After the fence, the trail splits. Take the trail to the left, which follows the northern ridge of Bitihorn. Soak up the breathtaking views of Bygdin Lake and the southern side of Jotunheimen as you ascend the top. Enjoy the 360-degree views from the top of Bitihorn (1,607 m.a.sl.).

Descend along the same trail, or continue east over the ridge of Skyrifjellet to the peak of Svarteknippa (1,548 m.a.s.l.). From the cabin at the top of Bitihorn, follow the path running southwestwards down to Velumskaret. Here you’ll hike past several pitfalls for reindeer and wolverine. From Velumskaret to Svarteknippa, there’s no marked trail. Follow the ridge of Skyrifjellet until you reach the top of Svarteknippa. Upon reaching the top, another round of panoramic views await. Descend from Svarteknippa along the northwestern ridge. By Seksin Lake you’ll reunite with the red-marked trail taking you back to Bygdin Hotel.

“Tyskerstigen” is the name of a an alternative route to the peak. Its name translate into the “German ladder” because there are still remains from the Austrian army that trained in the Norwegian mountains during the world war. The traces from the horses hooves are still visible and make up a pattern, hence the name “German ladder”.

The name Bitihorn comes from the Norwegian words “biti” and “horn”. Biti means premolar or corner in old Norse and horn means antler or simply horn.

The flora in this area is beautiful and on summer days you’ll see flowers in the Butter cup or Crowfoot family (soleiefamilien). This arctic-alpine species is found in high mountains, birch forests and by creeks across southern and northern Europe. Animals don’t eat them as they contain toxins. On your way you’ll also probably see Wolfs-bane (tyrihjelm), a tall herb that grows in mountain birch woods and on the side of the mountains. It can be violet or sometimes even yellow. To name a few!

The presence of telephone wire networks and cabins may put a dent in the views, but they are a natural reflection of the technological age we currently find ourselves sin. You’ll still be able to see across Jotunheiem to Hurrungane, Falketind, Torfinnstindane and much more.

Bitihorn’s unique shape can, like most of nature’s wonders, be explained by natural processes. Most of the landscape in Jotunheimen consists of thrust fault; massive mountain masses have been thrust/pushed over another rock/mountain surface, creating sharp peaks and tall peaks.

Who is Bitihorn Hike Suitable for

This hike is medium and suitable for those in average physical shape, and children from the age of 6.

The main season is summer/late summer. This is when the area is most suitable for trekking.

Stay at Bygdin Mountain Lodge is located on the bank of Bygdin Lake.

You can access the area from Bygdin Mountain Lodge 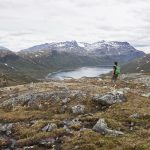 About the Hike Hiking to Torshamaren grants you sweeping views without too much effort, as you follow the gradually ascending trail to the summit. At the top, you’ll be surrounded by the majestic ​Jotunheimen peaks, with the beautiful Tyin Lake before you. The trail is easy to follow, except for the final kilometre, where it […] Read more 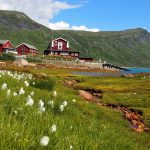 About the Hike The hike connecting Gjendebu and Eidsbugarden isn’t of the challenging kind, nor does it offer the spectacular Jotunheimen views most of seek. However, it’s a very popular hike as it’s perfect for those days you want to go on an easy hike. This is the easiest route between the principal mountain lakes […] Read more 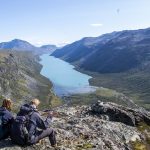 About the Hike Gjendetunga is the perfect hike for those who want to indulge in a nice, relaxing and shorter trek, but who doesn’t want to go without a panoramic view experience. Towering over Gjendebu, Gjendetunga lies at 1516 m.a.s.l. (4973, 7 feet) and is “a not to miss” hike if you’re in this area. […] Read more

– Besseggen‘s little brother About the Hike Next to his bigger brother Besseggen on the other side of Gjende lake, you will find the 1,517 metre-high-peak of Knutshøe. Standing on the top, you’ll have outstanding views towards the peaks towering all around and the surrounding lakes, including the wonderful Gjende lake. The hike is demanding […] Read more 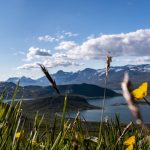 –hello Valdres About the trip Coming from Bygdin, the impressive sight of Synshorn meets the eye as you continue onward towards Valdresflye. The main appeal of this particular peak lies in the unexpected, yet breathtaking view from the top; you will see Fagerstrand and the Bygdin area from a birds perspective, and in the distance, […] Read more 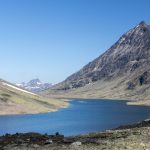 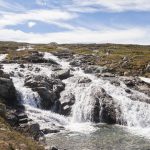 About the Hike Sail across Bygdin sea with the boat M/B Bitihorn. The tour between Bygdin and Eidsbugarden is a 1 hour and 45 minutes superb boat tour in itself. Once you arrive at Eidsbugarden you will have plenty of time to hike several short peaks in the area before taking the last boat back. […] Read more 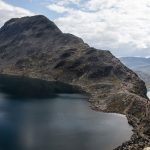 Besseggen – the most spectacular hike in​ the Jotunheimen Besseggen is definitely one of the most famous hike and mountain ridges in Norway! The spectacular view with Gjende and Bessvatnet separated with just the small mountain ridge is breathtaking even for the most traveled hiker. Join the around 60 000 yearly other hikers and hike […] Read more