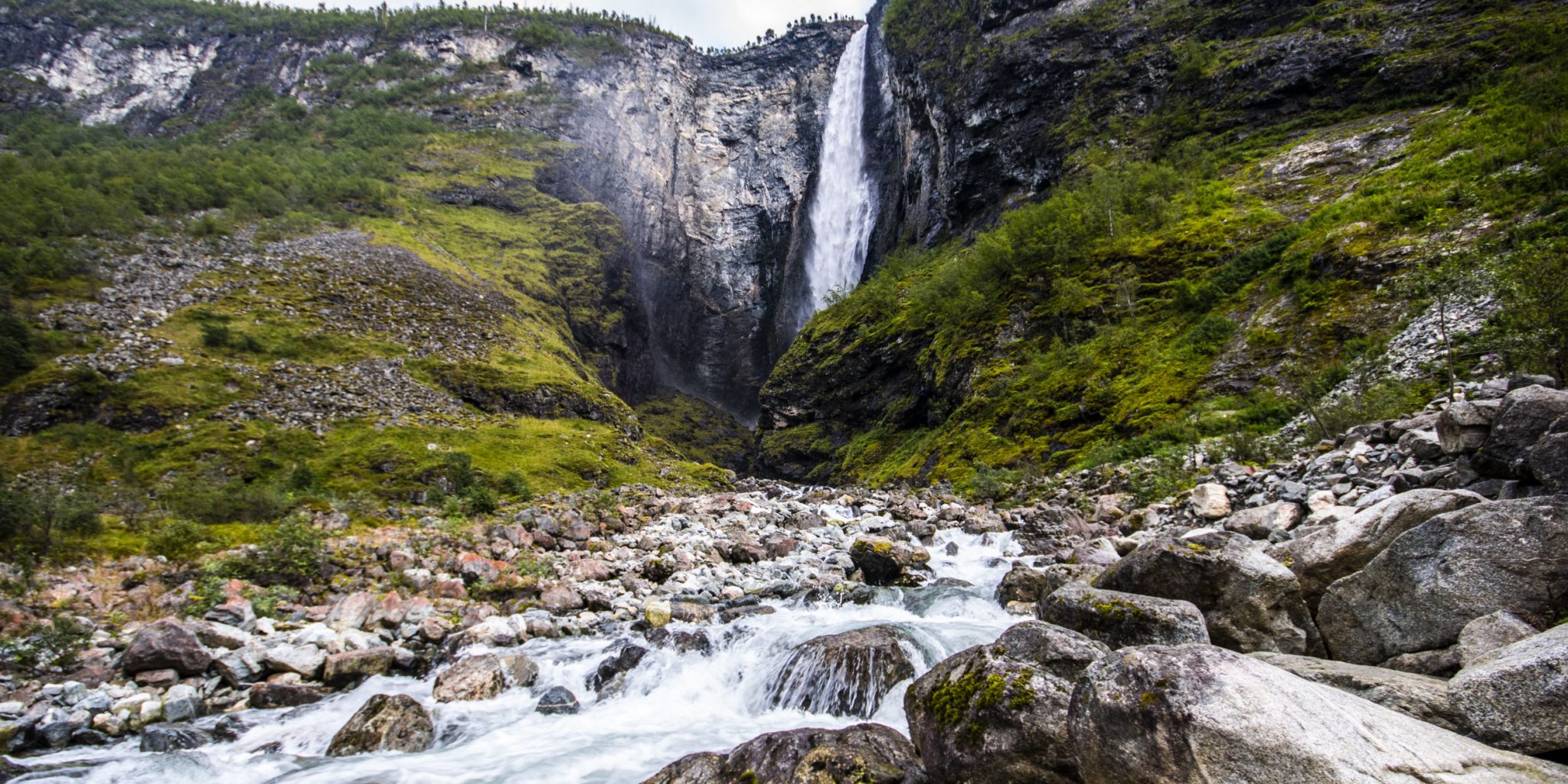 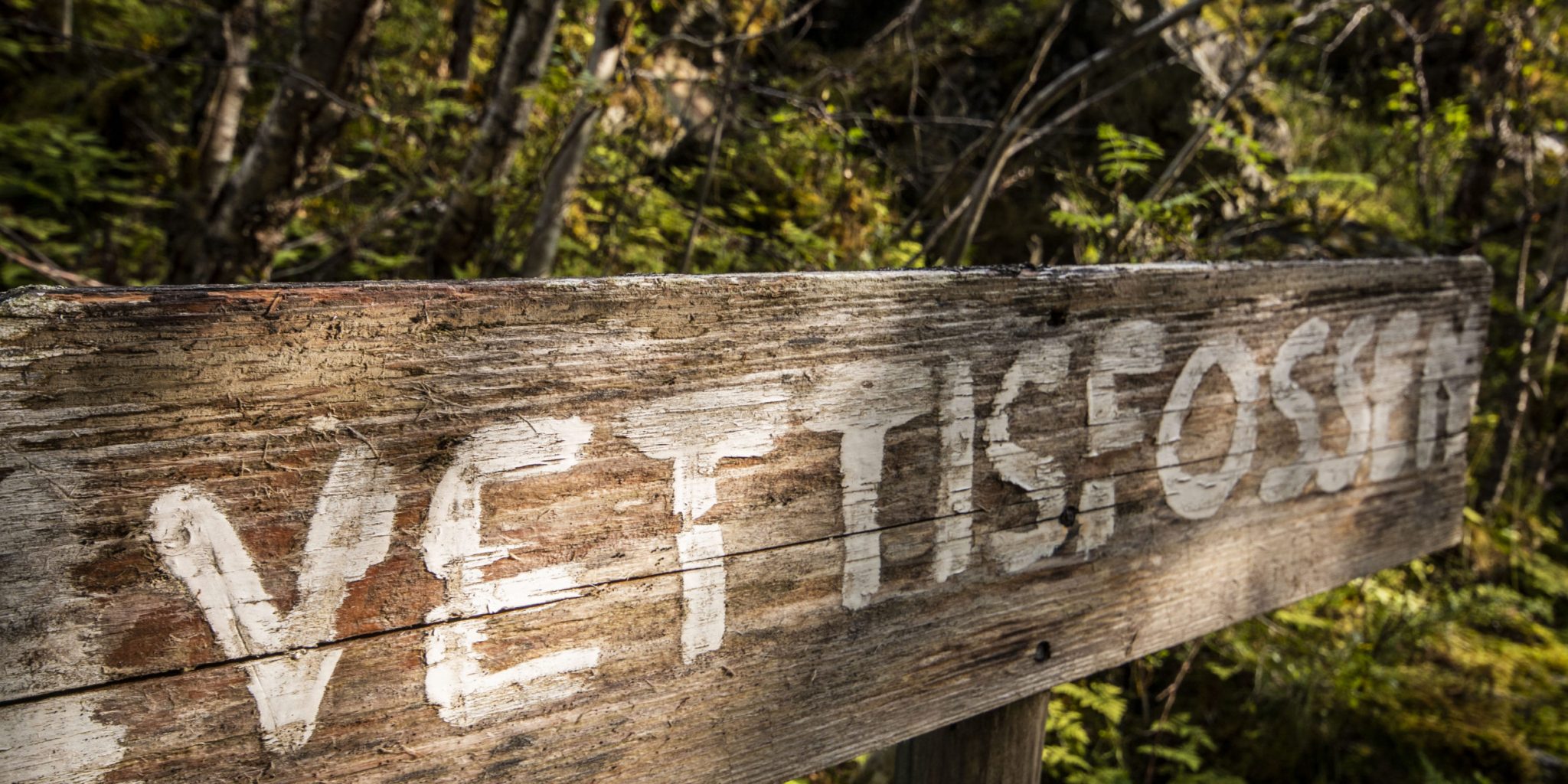 With a free fall of 275 metres Vettisfossen is the highest protected waterfall in Norway. You can get there on foot by walking up the beautiful Utladalen in Øvre Årdal.

With its free drop of 275 metres (about 900 feet), the Vettisfoss is the highest waterfall in Norway which has not been regulated. The waterfall is situated at Vettismorki in Årdal, and it was protected as early as 1924. In his book “Under Storen”, the writer and photographer Jan Schwarzott has described it as the queen of waterfalls: “once the queen gets to you, she will never leave your heart”.

Vettismorki marks the lower end of the valley of Utladalen. It is in this monumental natural setting that you can imagine that the Sognefjord in a way has cut its way into the biggest mountain massif in the country – Jotunheimen. In this area you find about 50 mountain tops higher than 2000 metres (6600 feet).Down in the town of Årdal, aluminium is produced in gigantic metal plants, where the furnaces are generated by hydro-electricity from the surrounding mountains and glaciers. And in this landscape you can find traces of people’s activities and settlements in the distant past.

The waterfall can be accessed by a walking tour of about one hour from Øvre Årdal up the Utladalen valley. The name of the waterfall comes from the Vetti farm, which is located near the base of the waterfall. The mountain farm Vettismorki is also located nearby, just above the falls. From Vetti gard the trail to Vettisfossen becomes much more rocky. The trail drops back down to the Utla (no) river and follows along the rocky bank for about 1 km to the outwash plain at the base of the Vettisfossen (the left side of the river Fosselvi). The trail basically ends there. But if one wants to see Vettisfossen waterfall, one can do it only from the opposite side of Fosselvi river, but under no circumstances should attempts be made to cross the river outside of the absolute lowest flow periods.